origin to great personality with this name. Sheiykh Hovand Tahur was born in an intelligent, educated and god-fearing family. His grandparents from his mother and father were intelligent, knowledgeable and well-behaved people. Ali Safiy in his famous book “Rashahot aynil-hayot” wrote about Tojiddin Dargami the grandfather of Sheiykh Hovand Tahur. He wrote the followings: “he was a person of high standing of his time, the scientist of internal and external knowledge and he was famous for his psychoanalysis and external foresight. In the name Sheykh Hovand Tahur the word “sheiykh” means “learned person in tariqat and shariat”, “Khovand”- “employee”, “Tahur”- “extremely clean”, “stainless”, “honest”  There isn’t enough information about Sheiykh Khovand Tahur in historical sources. In some sources death date of scientist was given 761/1360 year, in another one 1355year. In accordance with it, we may come to view that he was born in the second half of XIII century.

His father sheikh Omar Bogistoni was one of the greatest sheykhs inMowarraunnahr and according to “Rashahot aynil-hayot” by Ali Safiy Sheykh Omar was born in Bogiston near Tashkent city and he was considered as the direct descendant in the seventeenth generation of the second godly caliph Omar ibn al-Hattab. He was original Sufi, the follower of dervish Hasan Bulgari. Sheykh Omar through his son Sheykh Hovand Tahur took the place in the family tree of Khoja Ahror Vali. It is narrated that one day Khoja Ahror Vali came to Yakub Charhi one of the greatest disciple of Bokhauddin Naqshbandi to acquire knowledge. Yakub Charhi having known that Sheyk Omar Bogistoni was the ancestry of Khoja Ahror Vali, he remembered how Bokhauddin Naqshbandi showered Omar Bogistoni with praise. In his praise he noted sincere commitment to the God in tariqat’s Omar Bogistoni. Khoja Ahror Vali cites Omar Bogistoni’s instruction to his son as follows: “don’t be a Mullah (Islamic clergy), don’t be a Sufi, don’t be a Sheikh be a Muslim”. So, being a Muslim is more important than being a Sufi and sheikh. As it was in history, at present there are many people who pretend himself as pious. Such people in every period are disapproved.  Therefore, faithfulness, humility, humanity is one of the main duties in Shariat and Tariqat. As his father Sheiykh Hovand Tahur worked honestly and was engaged in agriculture, horticulture. It is narrated that he planted trees, seedlings and landscaped the place where his shrine is located now and so that he contributed to the improvement of the city. He got married and had children. Among them the eldest one is Khoja Dovud. As given in the literature Sheiykh Hovand Tahur died at a young age of his son Dovud. Dovud in Sufism achieved the title sheiykh. From his daughter was born Khoja Akhror Vali the head of the Naqshbandi Sufi Order («Sufism» — a mystical branch of Islam). After his death he was buried in Tashkent and place where he was buried began to call Sheikh Khovandi Tahur. Now it is called Shaikhantahur.

After his death, people who appreciated his high principles landscaped place where he was buried. Not to be far from honored person people buried deceased people around Sheiykh Hovand Tahur’s tomb. Then the habitation was used as mosque and as the scientific meeting place. The monumental complex has been existed for over 600 years and there were many rooms, an underground cell, a mosque, madrasah and a number of shops. By XVI century monumental complex has become an authoritative center of Tashkent. From the second half of XVI century the monumental complex Kaffol Shoshiy replaced it and various folk events and ceremonies began to be held there. By the 18th century monumental complex regained its former reverence and became the place where religious ceremonies, festivities were conducted. Around of monumental complex in XIV century there was a cemetery where for the next centuries there were buried many outstanding figures of the Central Asian history.

It is possible to specify names of the founder of the Tashkent state in XVIII century — Sheihantaur hakim Unus Hodja, Alimkul Parvanchi — Kokand commander protecting Tashkent from armies of General M. G. Chernjaev in 1865, Head of Big Juz Rustam Muhammad Bahadur-khan who died in 1712. In Sheihantaur, there were gravestones of wife of Sheibani-khan by name Jamal Khanum (a plate of 1518) and last governor of Kokand Khanate Nasr ad-din. According to medieval annalists great poet Zain ad-din Vasifi is buried here. Unfortunately, the majority of these monuments were not extant up to now. Up to half of the 20th century building which belonged to the monumental complex were preserved butunfortunately, then most of themhave been destroyed after the revolution of 1917. Besides it in 1966, a destructive earthquake shook Tashkent and raised half of the city into ruins.

After the independence the Uzbek government has embarked on a major reconstruction program in the centre of the Tashkent. Roads, historical buildings, government buildings and parks were reconstructed. As well as, the monumental complex Sheiykh Hovand Tahur which including Kaldirgach Bey and Yunus KhanMausoleums were repackaged and reconstructed several times. The yellow colour burnt bricks were used for construction of the museum in honour of Khavendi Tahur sheikh died in 1355. At present Tashkent Islamic University is located in area where Mausoleums located and it adds modern architectural splendor to the monumental complex. 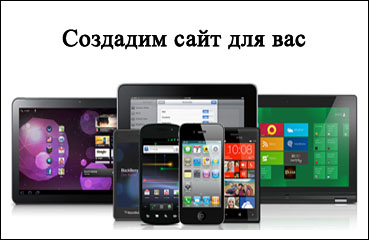